Matt Estenfelder is an American artist that explores the dichotomy in society and nature as it pertains to their inner working relationships.  His vibrant color palette jumps off the canvas against the dark and heavy contrast. The use of natural materials shows a blend of organic form and texture.  An addition of geometric lines and patterns adds a graphic juxtaposition found in nature.  The large scale of his paintings articulates the overwhelming power and symbiotic relationships the world around us possess.

His vision first starts with a sculpture that he creates from flowers, rocks, shells and geometry.  These sculptures are a starting point for his compositions and are then digitally manipulated to ultimately create a form and flow that has all elements working as one. His images are then painted using oils which allows for fluid and soft blended works, composed of many thin glazing layers. This representation shows that different origins, textures and forms can come together creating a harmonious image.

Estenfelder received his Bachelors of Fine Arts from Northern Kentucky University.  There he had the opportunity to study abroad.  His work became heavily influenced by the graffiti and street art scene of Western Europe. Exploring the idea that street art becomes a part of the urban landscape and, as it is covered up or washed away, it mimics the memories and experiences we encounter as we travel. It is ever fleeting but leaves a mark in a particular moment and time.  Returning to school, he noticed a shift in his surroundings.  The campus started to grow and as more buildings began to rise, the already bleak natural surrounding started to diminish.  His work then shifted from arts impact on architecture into architectures effect on nature.  Exploring these ideas would finally manifest into today’s work showing the importance of the world. 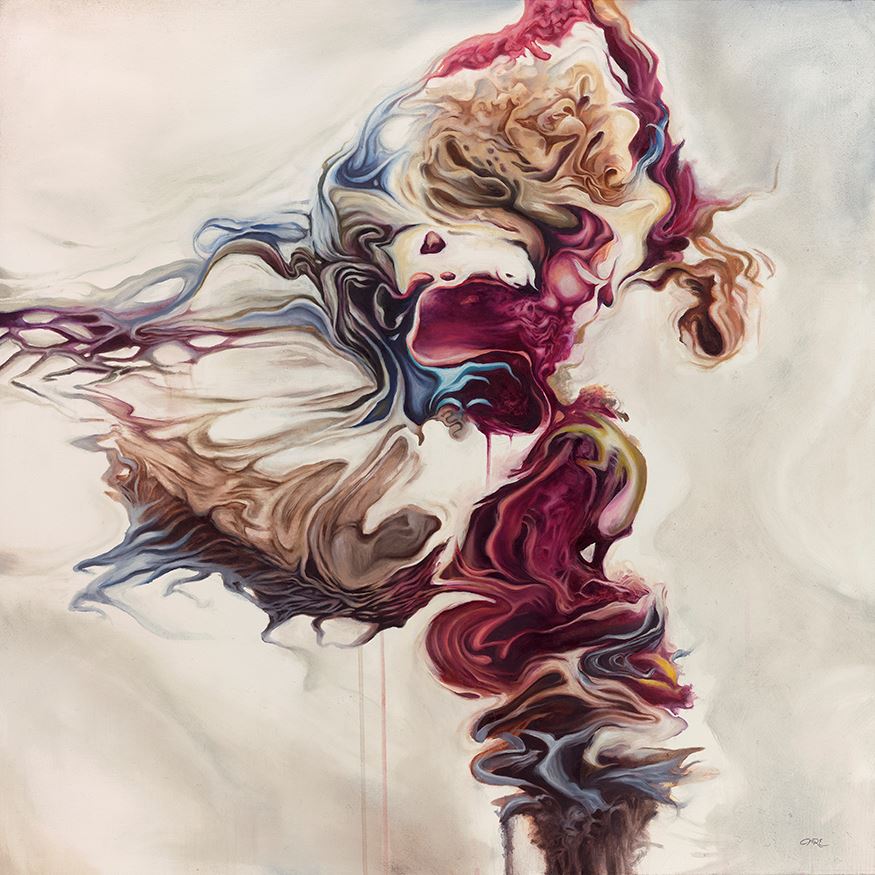 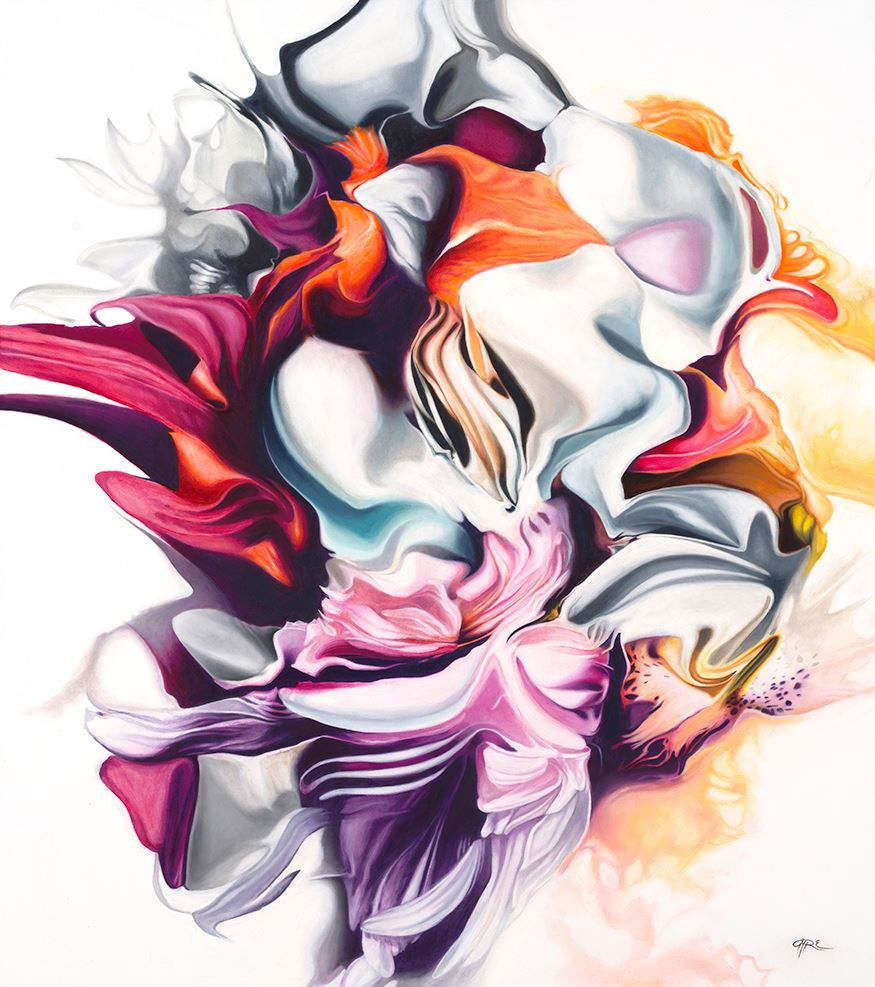 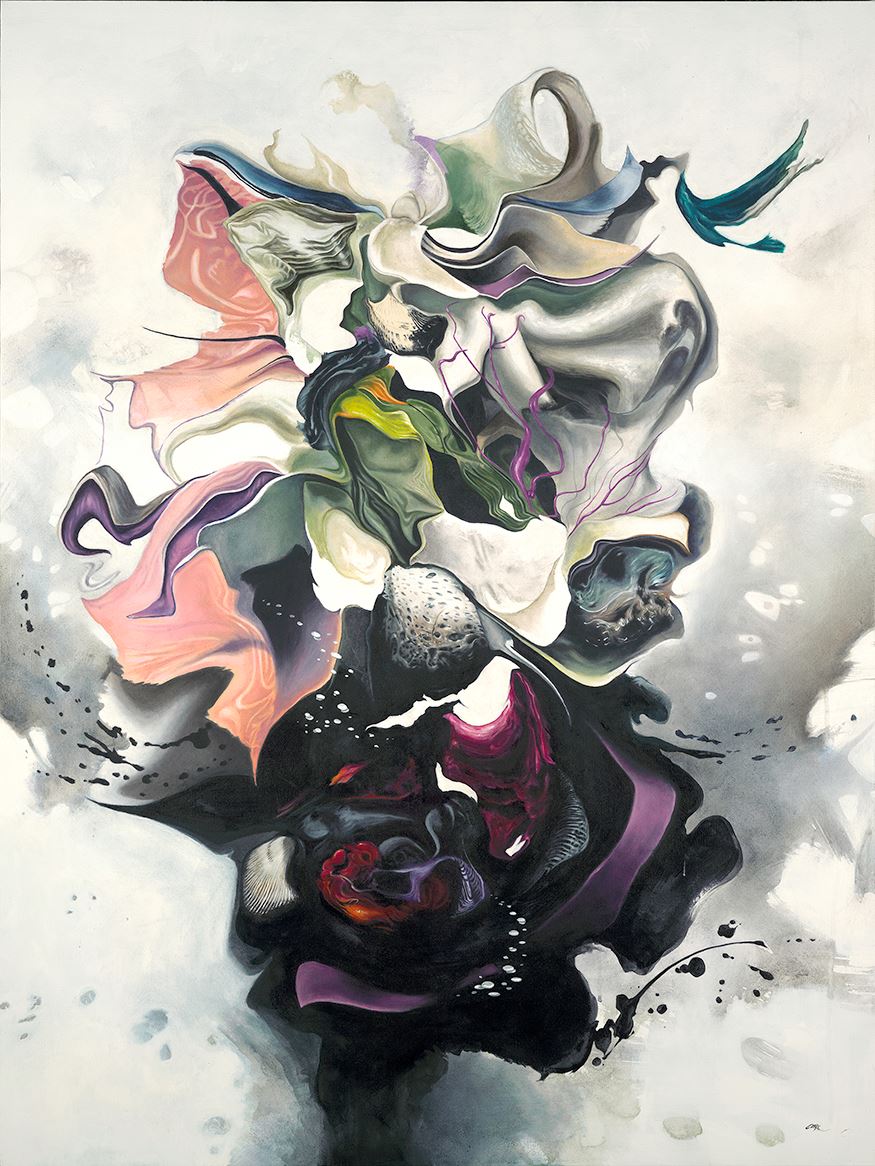 Matt Estenfelder
"Under My Feet" 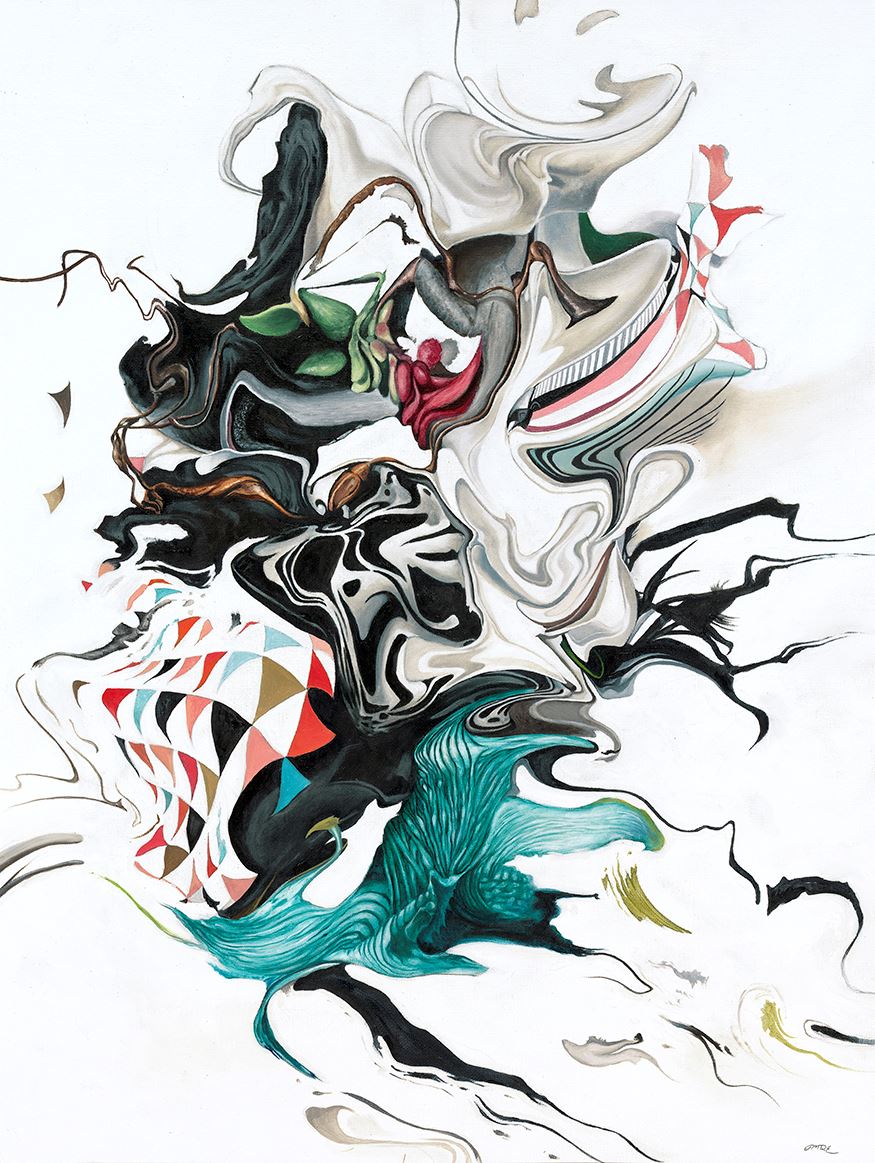 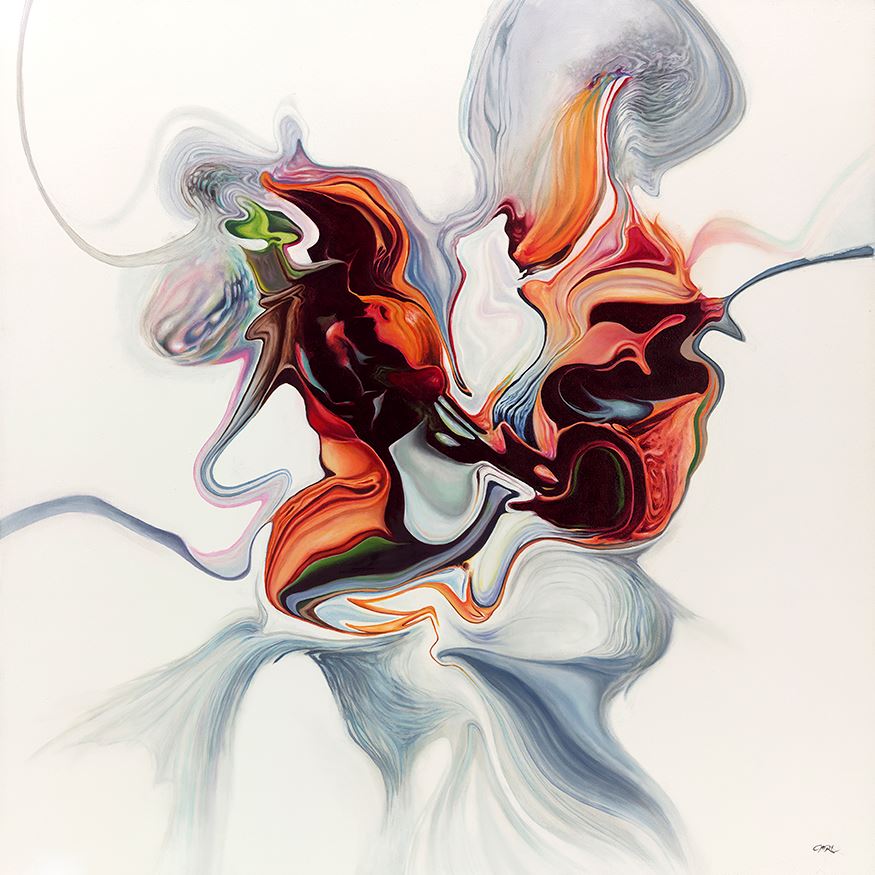 Matt Estenfelder
"The Space Between"

The Space Between (Framed) 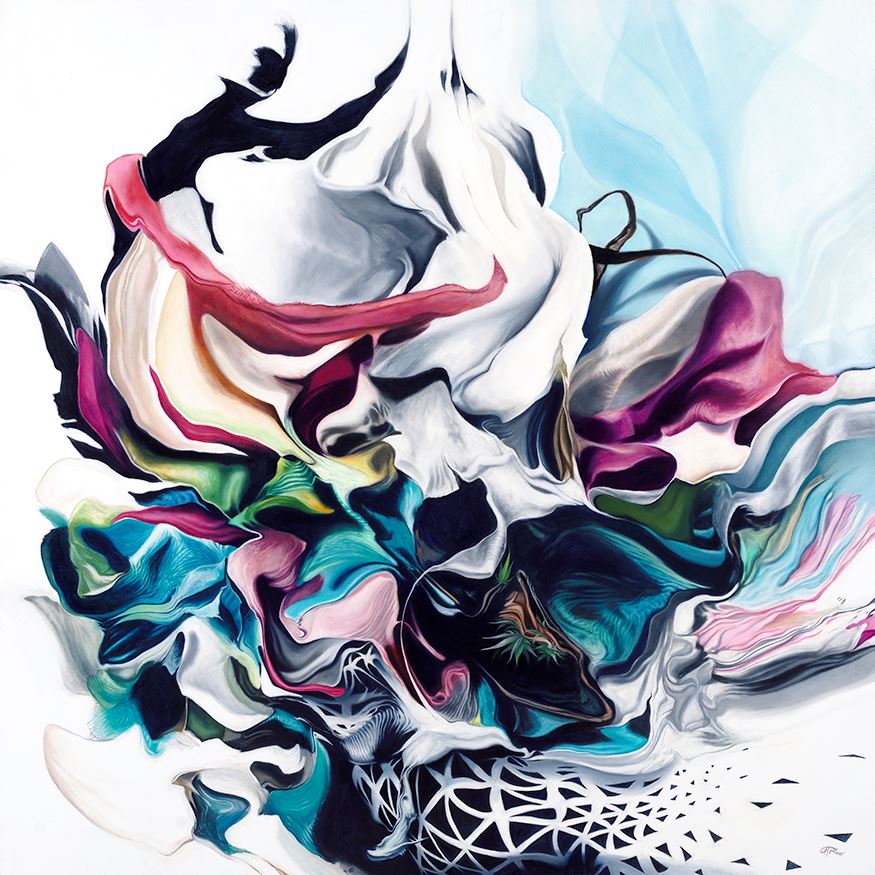 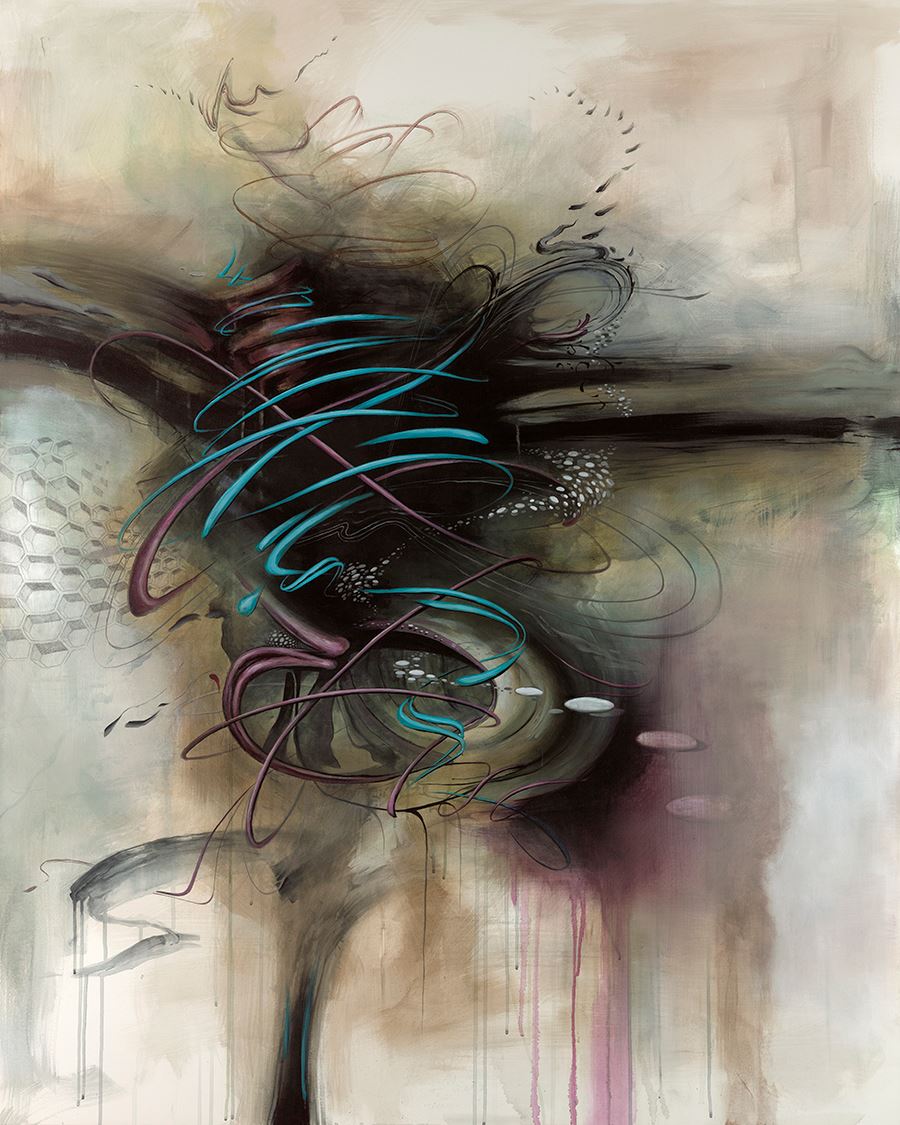 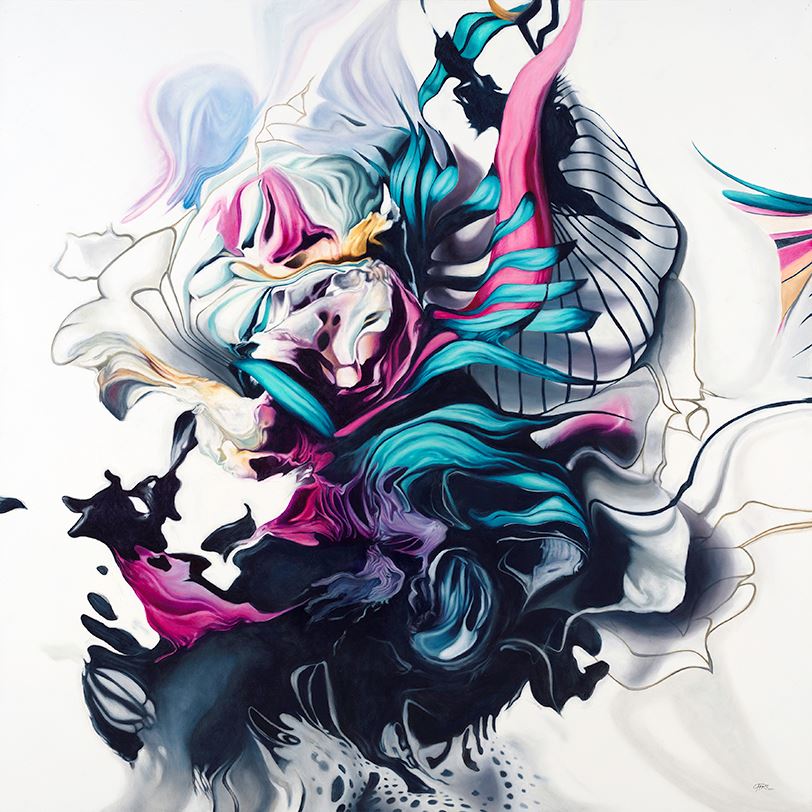 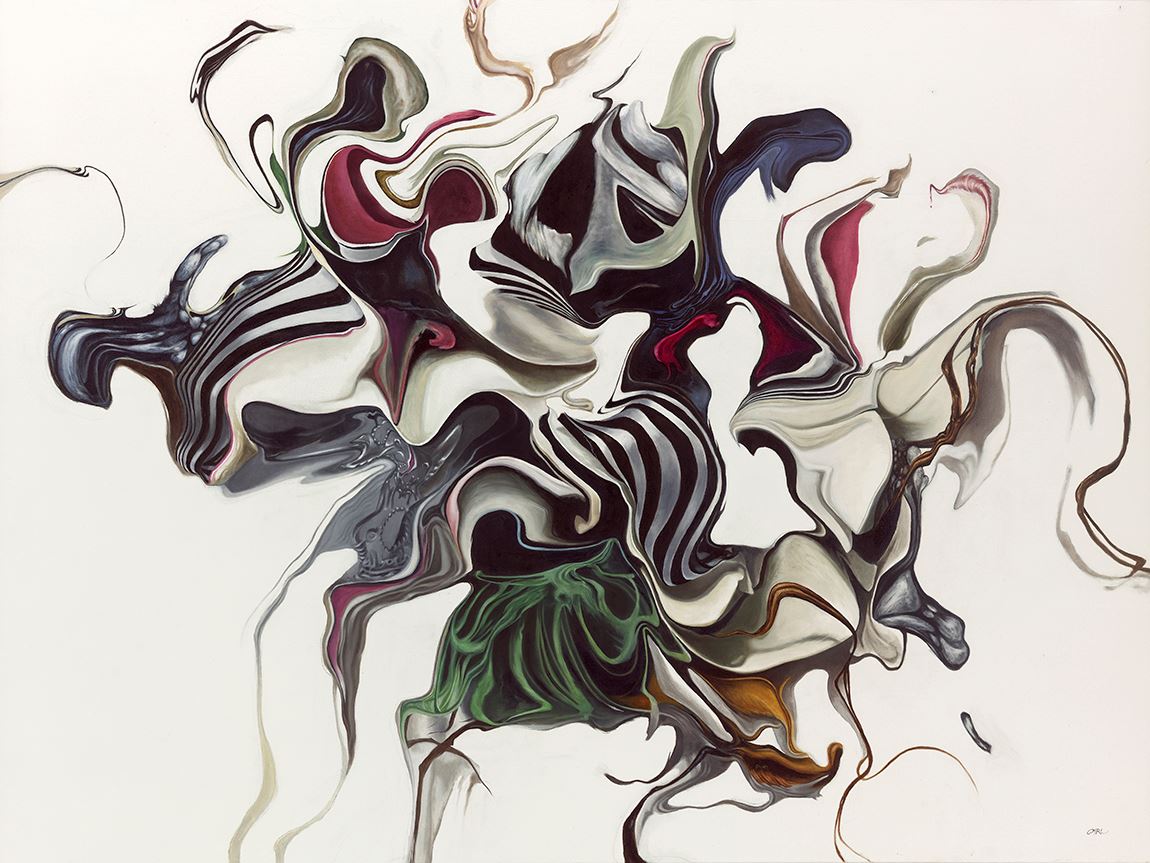 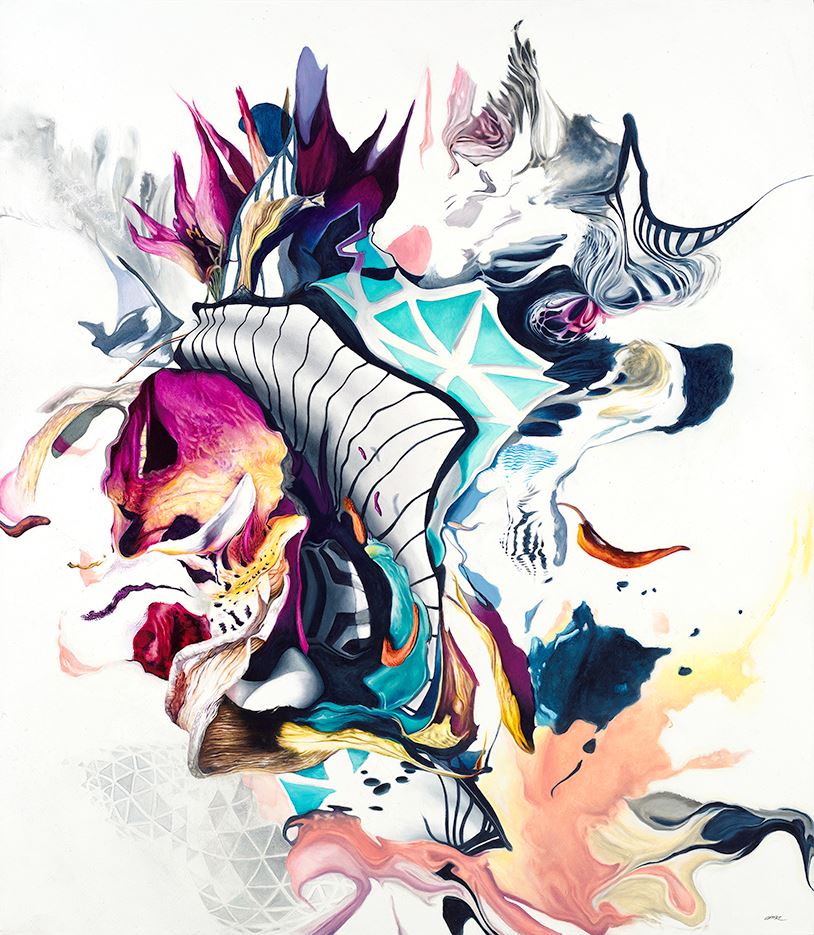